Rum has steadily gained popularity as one of the most popular spirits in the business. This drink continues to change and reinvent itself despite its centuries of existence.

Aside from its distinct flavor and texture, one of the allures of rum is how long it lasts in storage. Rum has an extremely long shelf life when compared to other spirits.

Do you have a bottle of rum that has been sitting on your bar for a while? It’s likely that it’s still drinkable. Its flavor may have been somewhat tainted by air exposure, but it is still safe to eat. When rum is exposed to air, unlike many other foods and drinks, it does not decay; instead, its chemical makeup changes.

Rum is stable alcohol that has been distilled. Alcohol that is stable can be kept for years and still be consumed. After a few years, even if the bottle has been opened, it will be safe to drink. It may not be the nicest tasting, but it will not make you sick.

One of the numerous advantages of purchasing rum is its long shelf life. Continue reading to discover more about rum and how it matures.

How Long Does Rum Keep For?

When it comes to rum, how long does it last? Several factors, like how your rum is bottled and stored, might influence the answer to this question.

The flavor of your rum may last for almost twenty years if kept unopened and properly maintained. The flavor will have altered a little over that time, but it should still be drinkable.

When a bottle is opened, the aging process accelerates considerably. It may only last a year or two until the flavor is completely transformed.

You may find that your rum tastes sour, washed down, or weak once it has been changed. You may not have the same effects as if you drank the alcohol when it was initially purchased.

It’s crucial to understand the distinction between aged and exposed rum. Rum’s taste profile can be improved by aging it in oak barrels after distillation. This method of maturing, however, is not the same as just keeping a bottle in your cupboard.

The flavor of the Rum improves in the barrel as the wood in the vessel ages the spirit. Your rum must come into contact with the grain of this wood in order to mature correctly. It can’t be matured any longer after it’s been bottled.

Keep in mind that these recommendations only apply to pure rums. Flavored rums, such as coconut rum, decay more quickly than pure rums.

If your bottle isn’t 80 proof, it’s most likely a rum-based liqueur, which only lasts a few months before losing its flavor.

How To Properly Store Rum

Rum may be stored in the same way that any other liquor can. A bottle of rum should be kept in a cold, dry, well-closed, airtight container. You may use a liquor cabinet or a plastic storage container to store your booze. Just make sure there’s very little ventilation in the container you’re storing it in.

Your storage area should be chilly but not freezing. Don’t put your rum in the fridge, and don’t try to freeze it. Keep your rum somewhere that is slightly cooler than room temperature.

Also, don’t keep your rum in a bottle with a pourer on it. The liquid within the container will begin to evaporate if it is not firmly sealed. Because alcohol evaporates faster than water, your rum will become milder as a result of this process.

When air enters the bottle, oxidation occurs, altering the flavor of the whiskey. If sealed, it will take at least a few years for these two processes to begin modifying the flavor, but if opened, it can happen in as little as a few months.

If you’ve already opened your bottle, keep it closed anytime you’re not using it. There’s no reason to let your rum age unnecessarily. Put a lid on it.

To reduce the quantity of air that gets in, pour the remaining alcohol from your opened bottle into a smaller container.

How Do You Know If Your Rum Is Ruined?

Rum, as previously stated, does not go bad. You may put your nose up to the bottle and sniff it to see whether the flavor of your rum has altered. A rum that has aged should have a sour aroma. If your rum doesn’t have an unusual, strong aroma, it’s usually safe to consume.

Look for any visual indications that your rum has altered. Are there any blemishes on your bourbon? Is the hue the same as it was the last time you looked at it? Has the consistency been maintained?

You can taste your rum if you’ve completed both of these stages and are still unclear if it’s excellent or not. Pour a tiny amount of rum into a small cup. Swirl it around in your tongue for a few moments to detect any strange flavors or sensations.

Before serving aged rum to your visitors, you should always follow these measures. You may not make your coworkers sick, but you can certainly make them uncomfortable.

Even if the flavor of your rum has altered, you may still drink it. Feel free to drink as much as you like if you still like the flavor. You can, however, dump the bottle if you don’t like the new flavor.

So, how does rum get its age? It is matured in oak barrels, as previously stated. Compared to other barrels, such as whiskey and bourbon, oak provides a superior product. When rum interacts with these woods, light flavors, hues, and textures can be imparted to the drink.

To foster a more strong interaction between the wood and the rum, these barrels are sometimes burned with minor lumps. The barrel’s size is also a consideration. Smaller barrels often mature rums faster than larger barrels.

However, each variety of rum is aged differently. Clear rums like Bacardi Silver or Don Q Cristal, for example, are matured for at least a year to achieve their smoothness. After that, they’re carbon filtered to adjust the hue, which changes as they age.

Every rum company has its own maturing process, but these are the most common. Rums can be aged for up to two decades.

With how costly Rum may grow, knowing the right preservation procedure for spirits and the timeline for its flavor is essential. Rum may get sour or lose its depth of taste, but it seldom goes bad. To get the greatest effects, don’t let your rum come into contact with air.

Don’t be afraid to restock your rum supply, contact J&J Alcohol Delivery. It basically lasts forever, as we’ve learned today. You won’t have to worry about a limited or unique bottle spoiling if you get your hands on one.

It’s easy to see why this beverage is so popular. It has a terrific flavor, is robust, and lasts a long time. Who could possibly disagree with that? 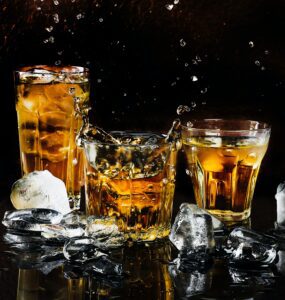 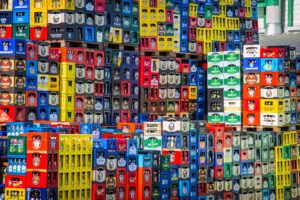 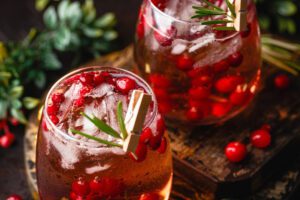